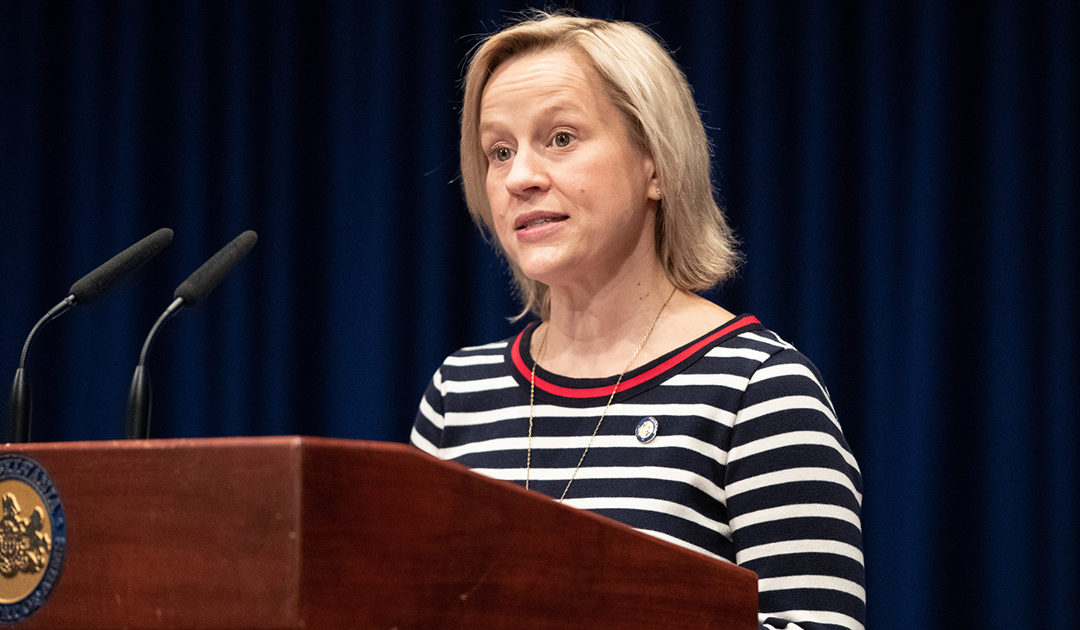 Harrisburg, Pa. – December 3, 2019 – Senator Maria Collett (D-12 Montgomery/Bucks) has been joined by legislators in 20 states across the country in introducing legislation to address PFAS contamination in drinking water.

PFAS, or “forever chemicals,” are found in firefighting foams, Teflon, and countless consumer items. When PFAS enter our waterways, they put communities at risk for various negative health effects, including infertility, high cholesterol, and certain types of cancer.

While Bucks and Montgomery counties in Pennsylvania have been particularly hard hit by the PFAS contamination crisis, they are by no means alone. With thousands of communities across the country at risk from these dangerous chemicals in their drinking water, and with the federal government failing to act to protect us, more legislators are joining the effort to set safe drinking water standards at the state level.

Future Now and the Natural Resources Defense Council have collaborated with state legislators to introduce a “Safe Drinking Water Act,” inspired by and modeled after legislation including Senator Collett’s SB 581, to establish state-level standards for these chemicals in our drinking water.

“PFAS contamination is a public health and environmental crisis, and our communities have waited far too long for meaningful action,” said Senator Collett, whose district includes some of the highest levels of contamination in the country. “The very first pieces of legislation I introduced would address drinking water standards in Pennsylvania. I’m heartened to see legislators across the country stepping up to confront PFAS in their communities and encouraged by increasing national attention on this issue.”

“When the water coming out of your kitchen tap poisons you, it’s someone’s fault — the time’s past due to protect people and hold big polluters accountable,” said Daniel Squadron, Co-Founder and Executive Director of Future Now. “The lawmakers introducing the Safe Drinking Water Act across the country are taking heroic steps for their constituents, another example of state lawmakers’ great power to improve lives and stand up to special interests. Thank you to them and the NRDC [Natural Resources Defence Council] for their leadership.”

The importance of this legislation will be reinforced by actor and environmental activist Mark Ruffalo’s new legal thriller, “Dark Waters,” which tells the true story of a lawyer taking on a major corporation after it caused staggering PFAS contamination of water that devastated communities.

States including California, Massachusetts, New Jersey, and Vermont have already taken state-level action and are leading the way in protecting their residents from these dangerous chemicals.