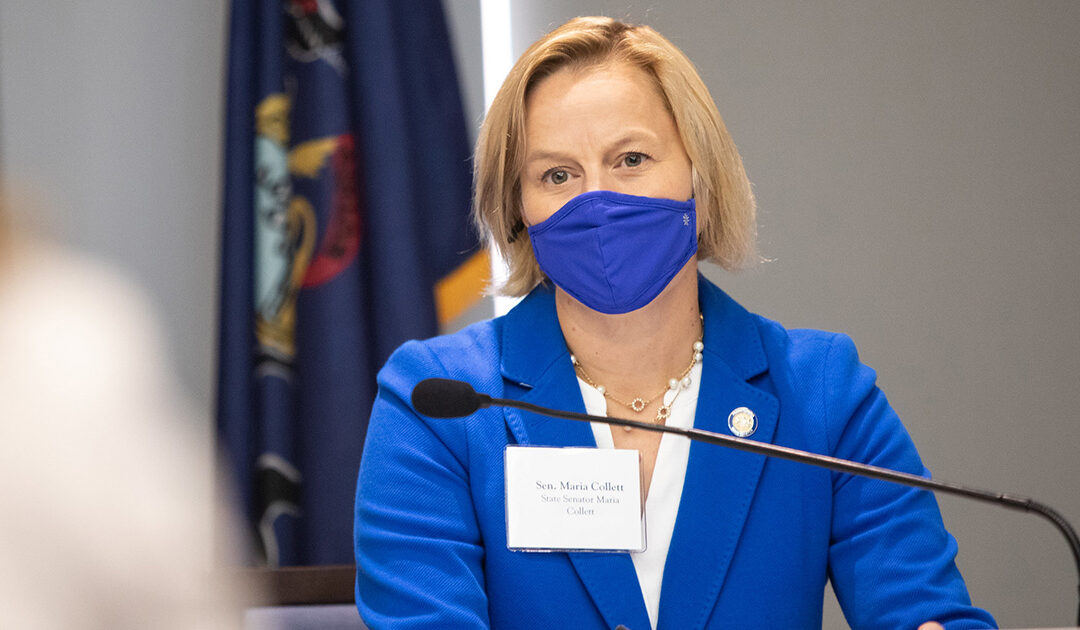 Lower Gwynedd, Pa. − November 16, 2021 − Today, the Pennsylvania Department of Environmental Protection (DEP) announced that the Environmental Quality Board (EQB) approved its plan to set maximum contaminant levels (MCLs) of two forms of Perfluoroalkyl and Polyfluoroalkyl Substances (PFAS), PFOA and PFOS. Senator Collett shares her reactions to this announcement below:

“I am thankful that Pennsylvania’s DEP continues to move forward with the process of setting a statewide maximum contaminant level for PFOA and PFOS, two of the longest-lasting and most dangerous PFAS chemicals and the ones that polluted the soil and water in my district for decades.”

“Even though the public drinking water in my district is being made safe through filtration, doing so has come at great cost to our ratepayers, as well as our state and local governments. With an MCL, we can finally hold the polluters accountable and recoup some of these costs.”

“Additionally, in my district, there are still two decommissioned military bases and one active military base where the soil and surface and ground water are testing for PFOA and PFOS at levels well over 100x higher than the MCLs being contemplated by the DEP. Until those MCLs are in place, the polluters (in my district’s case, the Department of Defense) are under no obligation to remove or remediate the contaminated soil. As such, the polluted ground and surface water continue to migrate and more families are put at risk.”

“In previous conversations with the DEP, they have predicted that their process for setting an MCL is expected to take 2-3 years, whereas the federal EPA’s process will likely take 8-10 years, not due to any political or outside factors but simply due to the number of steps in the respective processes. That is one of the reasons it is so important for the Commonwealth to stay engaged in this process.”

“As the DEP proceeds, I will continue to push my colleagues in the legislature to bring my bills SB 611 and SB 612 up for a vote. SB 611 would create an interim MCL for PFOA and PFOS until such time as the DEP or EPA completes its process and sets its own MCL. And SB 612 would classify these PFAS as hazardous substances under Pennsylvania’s Hazardous Sites Cleanup Act (HSCA), creating a legal cause of action for private and public litigants to sue our polluters like they been able to do in other states.”

“At the same time, I would like to make sure we don’t lose sight of the military men and women and firefighters who were exposed to high volumes of these dangerous chemicals in the form of firefighting foams used in frequent training exercises and even at recreational events, as well as the community members who unknowingly drank water that had been polluted when these foams contaminated the soil over the course of decades. Pushing full speed ahead here, getting our polluters to clean up and pay up, will ultimately help us study, treat and prevent health conditions connected to PFAS exposure.”