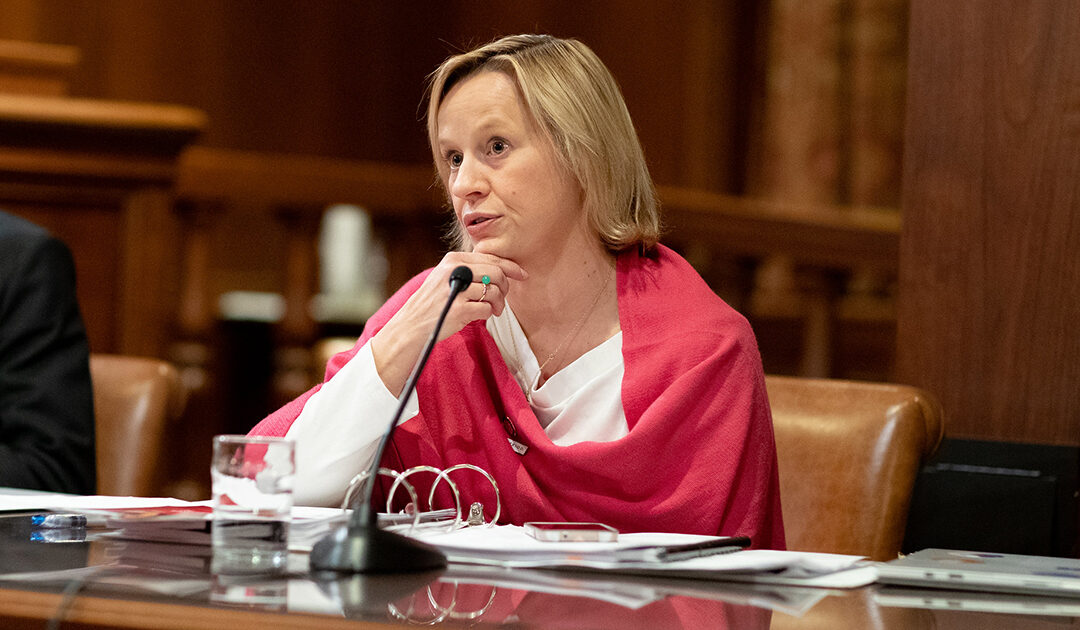 Harrisburg, Pa. – April 12, 2021 — Senator Maria Collett (D-12 Montgomery/Bucks) has introduced a bill memo for co-sponsorship to prohibit the use of any LGBTQ+ panic defense (previously known as the “gay panic” and “trans panic” defense) in Pennsylvania.

The “LGBTQ+ panic” defense favors perpetrators of crimes against LGBTQ+ individuals by handing them a reduced sentence and, in some cases, even a not guilty verdict, if they shift the blame for their actions on a victim’s actual or perceived sexual orientation, gender identity and/or gender expression.

“State legislators should be strengthening protections and supports for our LGBTQ+ communities, not stripping them away,” said Senator Collett. “The antiquated LGBTQ+ panic defense not only promotes ignorance and denies justice to LGBTQ+ victims of violence, it denies their humanity. It is past time to close this criminal justice loophole.”

Over the past few years, hate crimes targeting the LGBTQ+ community have been on the rise. The Human Rights Campaign marked an “epidemic of violence” in 2020 due to the high rates of fatal violence against transgender and gender non-conforming Americans, disproportionately impacting Black transgender women. Regrettably, these attacks are emboldened by legislators proposing bills, including those in Pennsylvania, which seek to legalize discrimination against the LGBTQ+ population. Banning the LGBTQ+ panic defense is an important step to ensure these crimes are taken seriously.

This bill will be a companion to legislation introduced by Representatives Ben Sanchez (D-153) and Michael Schlossberg (D-132). It would add Pennsylvania to a growing list of states that protect their LGBTQ+ citizens by allowing them the same opportunity to pursue justice as everyone else if they find themselves victims of a violent crime.