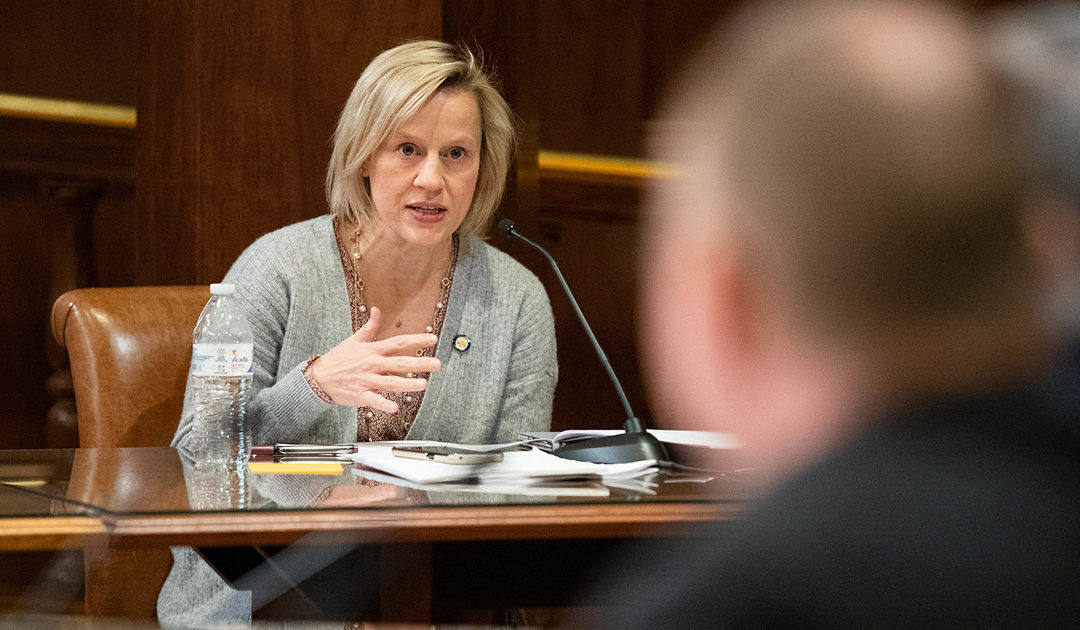 Harrisburg, Pa. – March 12, 2021 − Pennsylvania Senate Democrats held a press conference today to again call for immediate action to create a two-year window for adult survivors of sexual abuse currently barred from seeking justice due to statutory time limitations. Members also discussed the possibility of an emergency constitutional amendment and creating more protections from abuse for all Pennsylvanians through legislative action.

“Survivors have waited far too long for their rightful pathway to justice and healing,” said Senator Katie Muth (D-Chester).  “In good conscience, we cannot wait another day, let alone force survivors to endure another two years of suffering, due to an administrative oversite or court challenges.  I urge all my colleagues in the General Assembly to show the courage and fortitude to do what is right and act urgently to advance these common-sense legislative priorities without delay.”

Senate Democrats said that a legislative two-year window of justice for survivors would be the most expeditious way to ensure immediate justice for survivors of abuse as the previously approved constitutional amendment was unintentionally voided by the Pennsylvania Department of State. The constitutional amendment creating the window was not properly advertised and is now void.

To amend Pennsylvania’s constitution in the traditional way, a bill must pass in identical form in two consecutive legislative sessions. After each passage, the bill must be advertised. After the second passage of the bill, it goes to voters for their approval.

“Unfortunately, we cannot change the past for victims of sexual abuse, but we can change the future,” said Senator Wayne Fontana (D-Allegheny). “And we can do that now.  I, once again, call for the General Assembly to pass legislation to open the 2-year window for civil action and eliminate the criminal and civil statute of limitations for sex abuse.  It is time to give victims the justice they deserve.”

Senate Democrats stated they do not believe that survivors should have to wait any longer for justice. They were promised a chance at a two-year window to seek closure, and they deserve to have that promise fulfilled. The path to justice should be expeditiously and relentlessly pursued, whether through an immediate legislative solution, or through a bipartisan, emergency constitutional amendment process that would waive the two-session requirement of a standard constitutional amendment.

“Survivors of abuse have been denied justice for far too long,” said Senator Maria Collett (D-Montgomery/Bucks). “Through no fault of their own, victims have had to grapple with setback after setback – but justice delayed is justice denied. We have the authority to create a pathway to justice now through the legislation we’ve introduced today. I call on my colleagues in the General Assembly to pass these bills allowing survivors to finally seek the justice they deserve.”

Statutory windows to justice have been upheld constitutionally in several other states, and the Senate Democratic Caucus members said they believe that it is an acceptable and necessary step toward justice here in Pennsylvania.

“Refusing to consider this bill because what alleged abusers might do to further escape accountability isn’t just wrong, it’s revictimizing survivors,” said Senator Lindsey Williams (D-Allegheny). “It’s time for the Senate, and the General Assembly, to be leaders in the fight for justice for these survivors.”

Members have also introduced an updated version of Senate Bill 540 from last session which would amend Title 42 (Judiciary and Judicial Procedure) to:

“We led the fight last session to reform Pennsylvania’s statute of limitations, and we will not let up now,” said Senator Tim Kearney (D-Delaware). “The process of a constitutional amendment was unnecessary in the first place. Survivors have waited long enough for justice, and they shouldn’t have to wait another two years because of an administrative mistake. We must pass this bill now, because justice delayed is justice denied.”

“There are few issues that are more emotionally charged than the decades-long denial of justice to childhood victims of sexual assault,” said Senator Steve Santarsiero (D-Bucks). “Their stories of abuse have been seared into the public consciousness.  We can, and must, act today to ensure there is no further delay in bringing these victims closer to the justice they have been denied for too long.  They must have their day in court.”

All Senators reiterated the importance of passing legislation that brings justice to the adult victims of sexual abuse who could not seek it as children, and that protects future generations of Pennsylvanians from such horrors. Democrats ask for a swift passage of these bills and the Governor’s commitment to signing them into law as soon as they get to his desk.