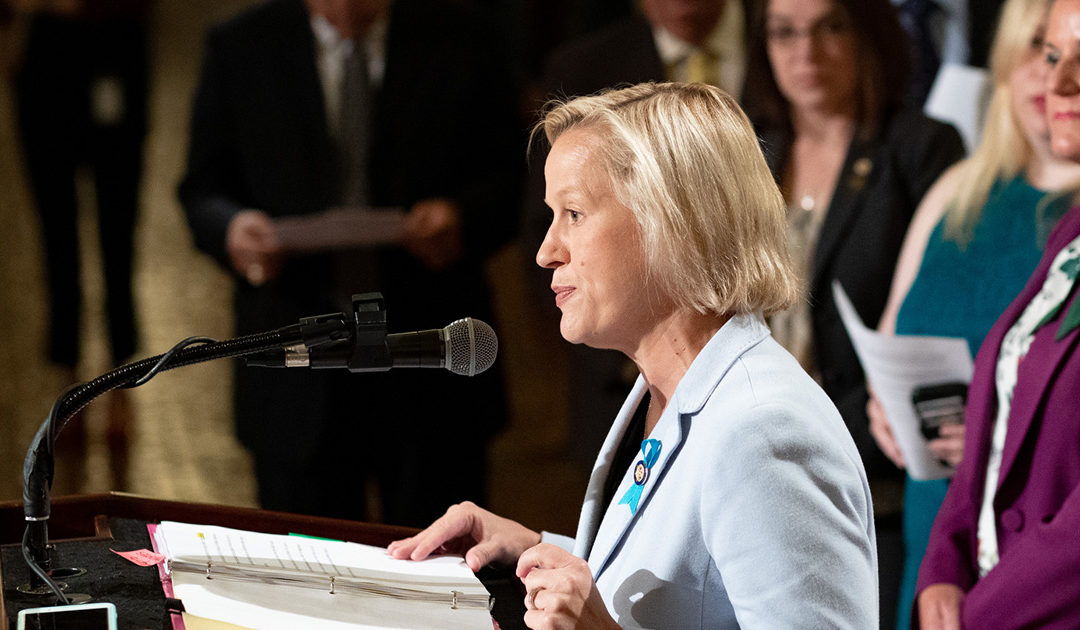 HARRISBURG, August 27, 2019 – After a months-long review of a sexual misconduct complaint against a former Pennsylvania House member, a Dauphin County grand jury has called for the Pennsylvania Legislature to create a new, independent Office of Legislative Responsibility to create a centralized reporting system for victims to report sexual harassment and sexual misconduct.

Among other things, the grand jury recommended the new independent office be led by a qualified investigator, have subpoena power in consultation with the district attorney in the relevant jurisdiction and have authority to investigate any alleged misconduct, not limited to sexual harassment or assault.

Members of the Pennsylvania Senate Democratic Caucus have welcomed this idea and plan to move forward when the legislature returns in September.

“Women in the capitol deserve to be safe, to feel safe, to be heard, and to be respected,” said Sen. Larry Farnese (D-1). “We must act swiftly and stand together to enact these policy changes to create a better working environment for everyone in the Capitol.”

“To protect the safety of all individuals in and around the Capitol, as well as those who interact with the General Assembly anywhere throughout the Commonwealth, we must empower and encourage victims to report alleged incidents of harassment and misconduct as soon as possible,” said Sen. Christine Tartaglione (D-2). “By creating an office dedicated to investigating these incidents independently, we will be sending a powerful message that the Pennsylvania Legislature takes all allegations seriously and that every voice will be heard.”

“This process has revealed the deficiencies in policy and reporting that has failed to keep women safe in and around the Capitol for years,” said Sen. Judy Schwank (D-11). “It is time that we take this conduct seriously and create a reporting process that affords victims the opportunity to come forward in safety and with dignity. It is time for today’s legislative leaders to lead the way in creating a path forward to ensure that the workplace is a safe place for all.”

“The findings of the Grand Jury Report reiterate what we already know and what the #MeToo Movement has made clear for years: there can be no tolerance for workplace harassment. Period,” said Sen. Maria Collett (D-12). “Our General Assembly needs to hold itself to the highest standards and lead by example by implementing and improving the procedures in which we address all claims of workplace harassment by adopting these recommendations. I look forward to working with my colleagues in the legislature as we take up this issue when we return to session.”

“Having an independent office as a central reporting and investigation unit makes some sense,” said Sen. Lisa Boscola (D-18).  “It will help ensure consistency and efficiency in all caucuses and both Chambers.”

“As a career public servant, I believe that members of the General Assembly should be held to the highest standards of ethics and behavior to uphold the public trust,” said Sen. Pam Iovino (D-37). “The establishment of the Office of Legislative Responsibility will serve to ensure that public trust. An independent office will secure credible due process for all victims, regardless of gender, as well as all accused.”

“Our current system of reporting and investigating claims of workplace harassment is woefully inadequate and, in many cases, damaging to the very people it is designed to serve,” said Sen. Lindsey Williams (D-38). “We need to take this opportunity to implement the Grand Jury’s recommendations and create a system that ensures all victims and witnesses alike are protected from retaliation and encouraged to report instances of workplace harassment.”

“The recommendations of not pursuing criminal charges in this incident is a direct example of how the “justice” system and old boys club enable rape culture and abuse of power in our government,” said Sen. Katie Muth (D-44). “How many more of us have to be harassed, bullied, assaulted, and raped before real accountability is enforced?  The recommendations made by the grand jury should’ve been mandated decades ago. Until there is true, unbiased, outside oversight of the members of the General Assembly, the current system of internal regulation and self-policing will continue to cause more harm, corruption, and wasted taxpayer dollars on salaries for predators and those that enable them.”